War and Peace delves into traditional Tlingit laws, the consequences for breaking them and the complex peace ceremonies that ended conflicts and restored balance.

The Tlingit had a highly developed system of law. Tlingit law is based on a group orientation, rather than the individualistic system in American law. The entire clan is responsible for any wrong-doing committed by any individual clan member. When laws were broken, and if conflicts were not resolved to restore peace, the consequence would be violence as clans protected their claims to property and demanded compensation for insults, injuries or worse. The death of a clan member, purposeful or accidental, required the offending clan to offer the life of an individual of equal status, or payment in goods in an amount acceptable to the injured clan.

The Tlingit continue to be fierce warriors in the modern period, taking their battles into the court system and political arena to seek protections for their lands and culture.

“Wars or lawsuits – there was no distinction in Tlingit language – were fought or prosecuted by clans, not by individuals or tribes…” 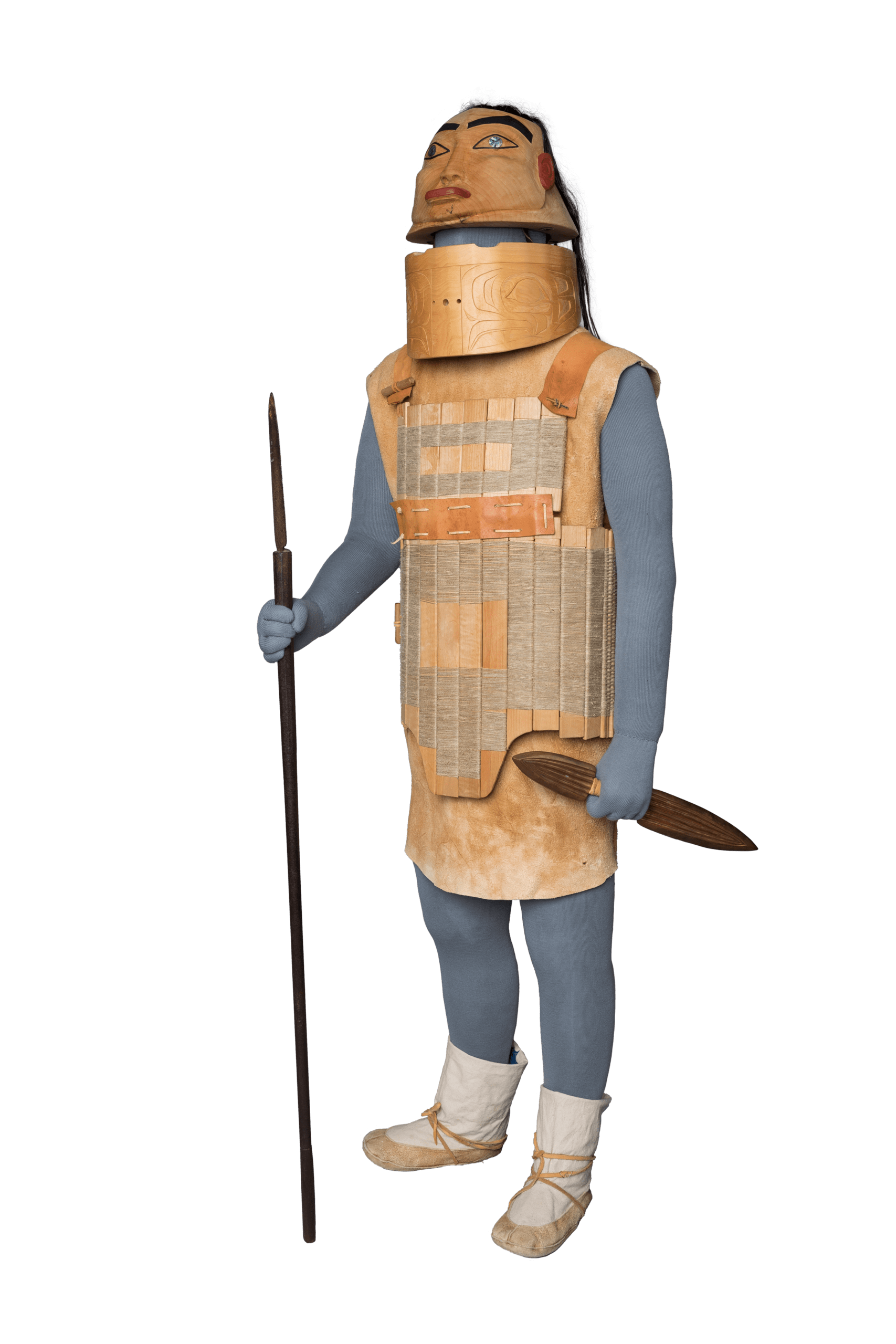 “Wars or Lawsuits – there was no distinction in Tlingit language – were fought or persecuted by clans, not by individuals or tribes…”

Those who helped build this exhibit