The daggers, spears, and clubs are part of the weaponry that Tlingit warriors armed themselves with when going to battle.

This Tlingit dagger was collected by Lieut. George T. Emmons, a self-taught ethnographer and a prodigious collector of Northwest Coast (especially Tlingit) artifacts in Southeast Alaska and British Columbia from the 1880s to 1925.  The dagger was collected prior to 1906 at which time it was donated to the Museum of the American Indian, Heye Foundation.  Emmons describes the dagger as a war knife originating from old Tongass, Alaska with a brown bear head on the handle.

Hood Museum of Art, Dartmouth: Acquired by exchange from the Museum of the American Indian, New York New York 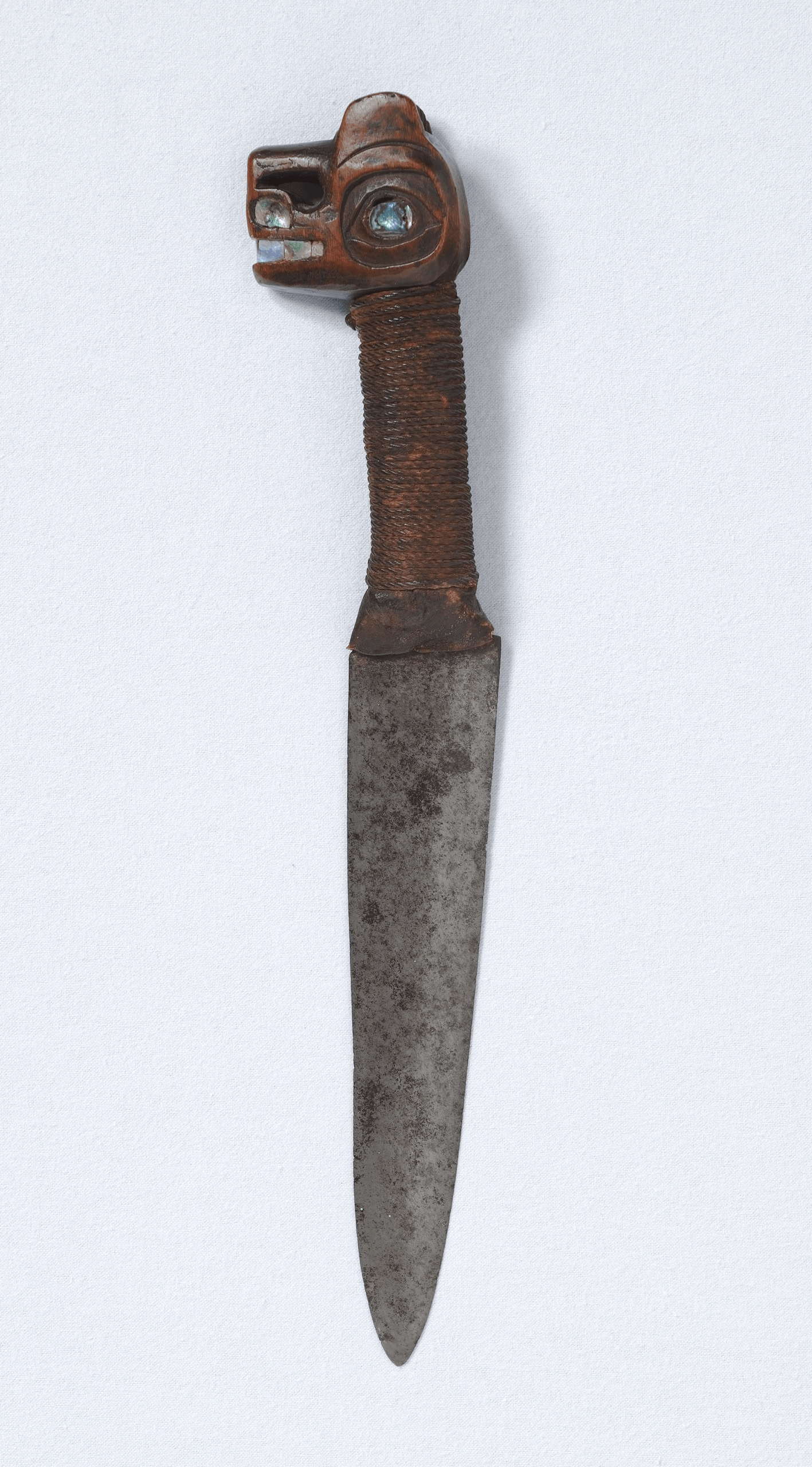 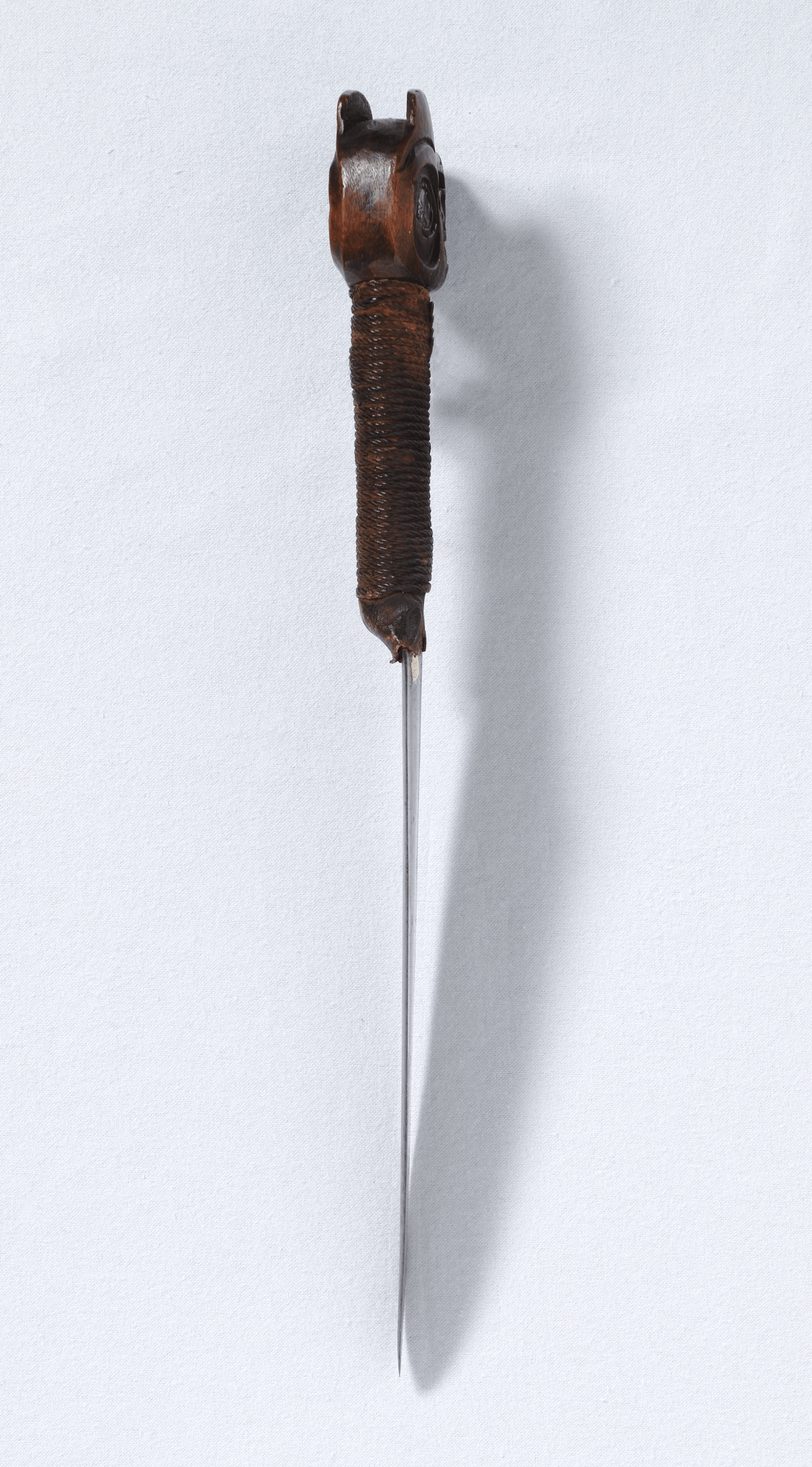 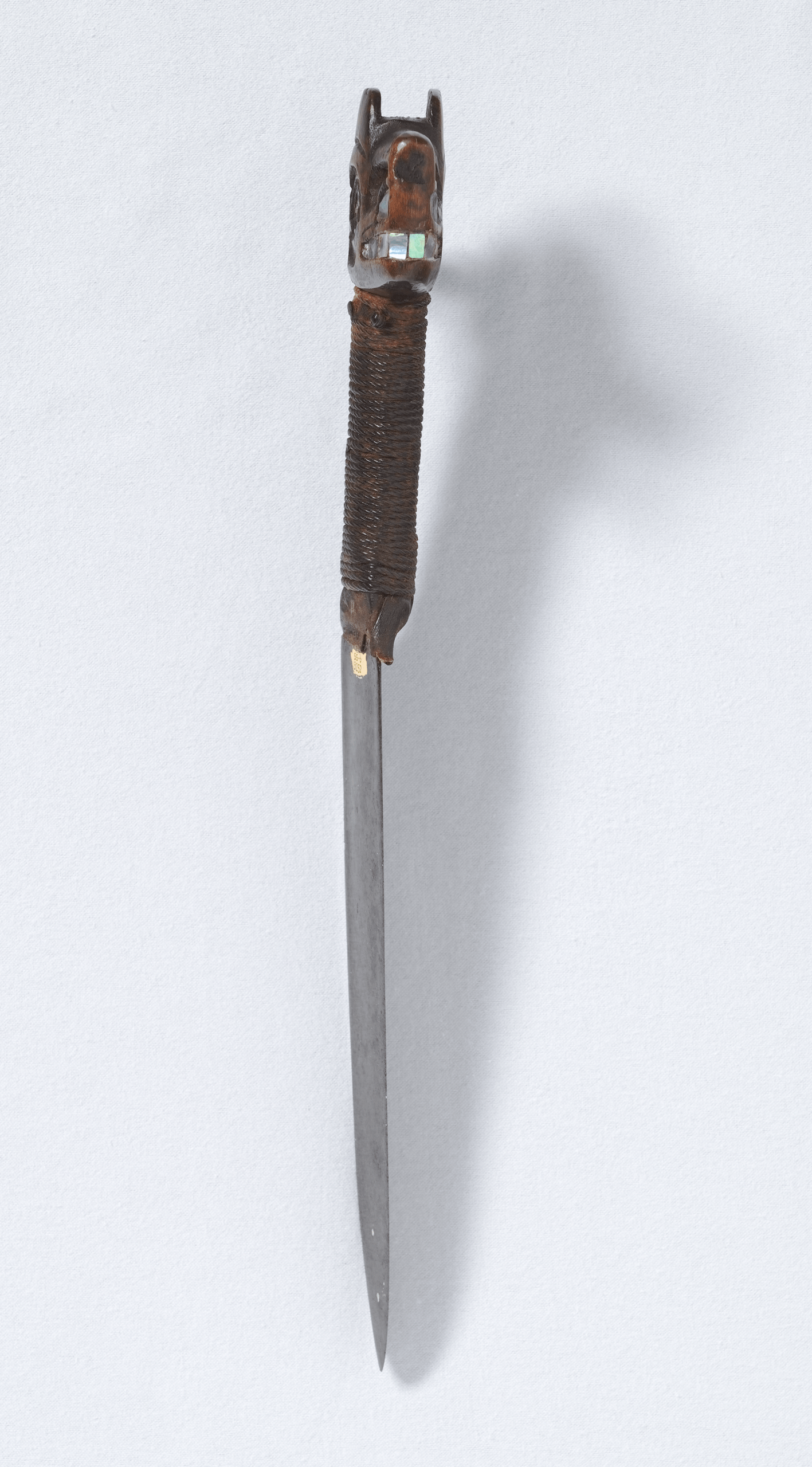 This dagger has a copper blade and is carved with a wooden handgrip and abalone and copper inlays.  The handgrip features a Raven along the top, with a human face below. 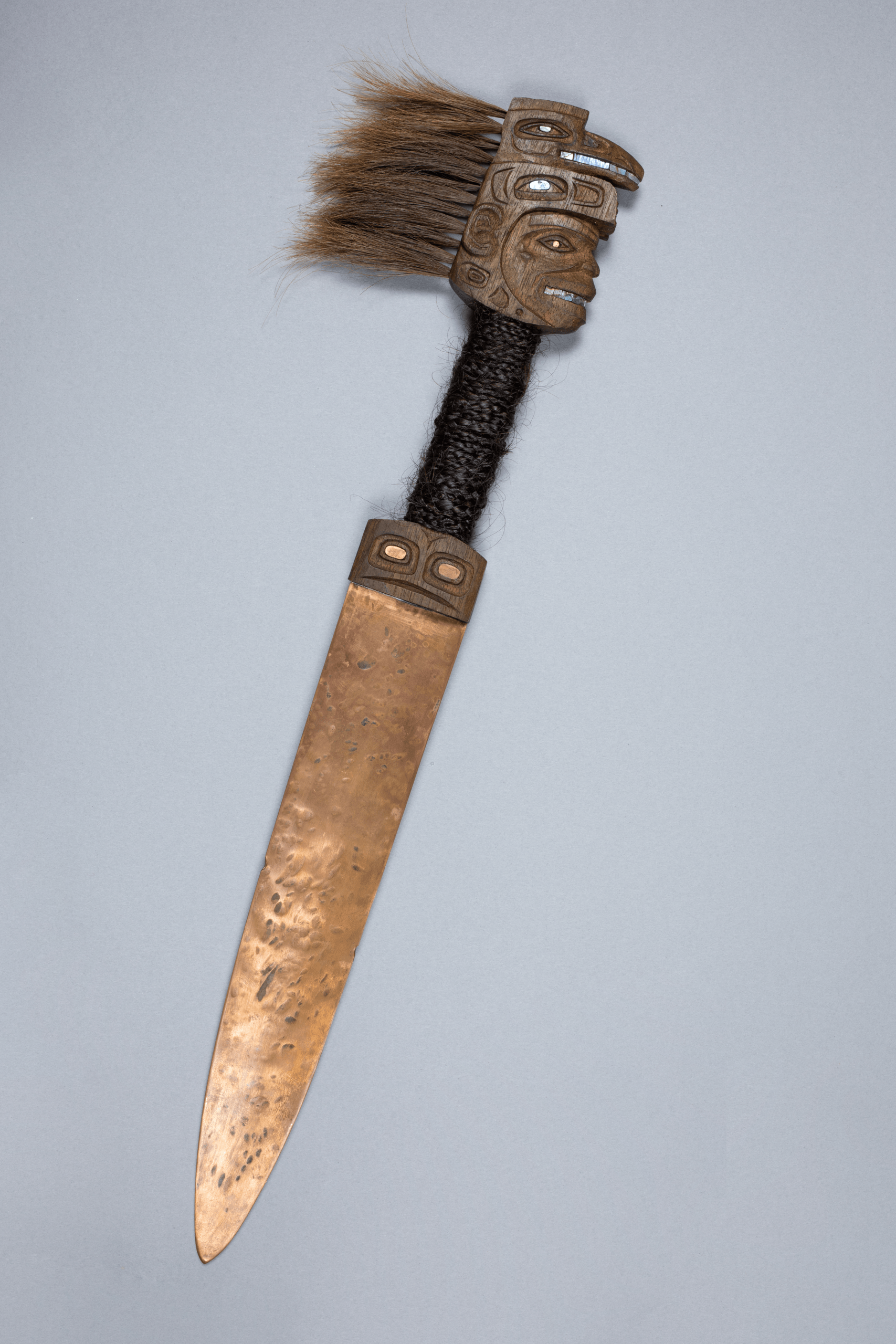 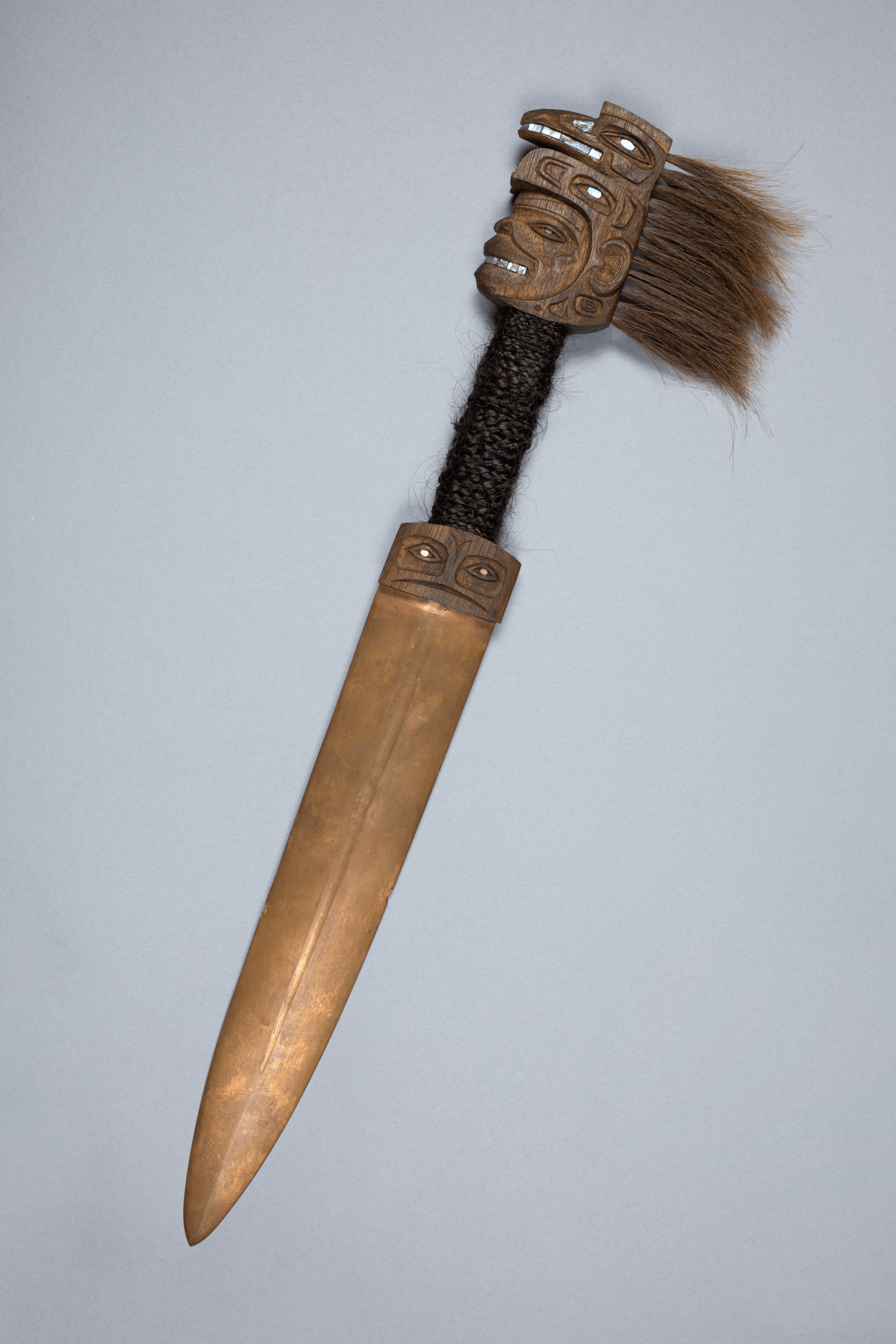 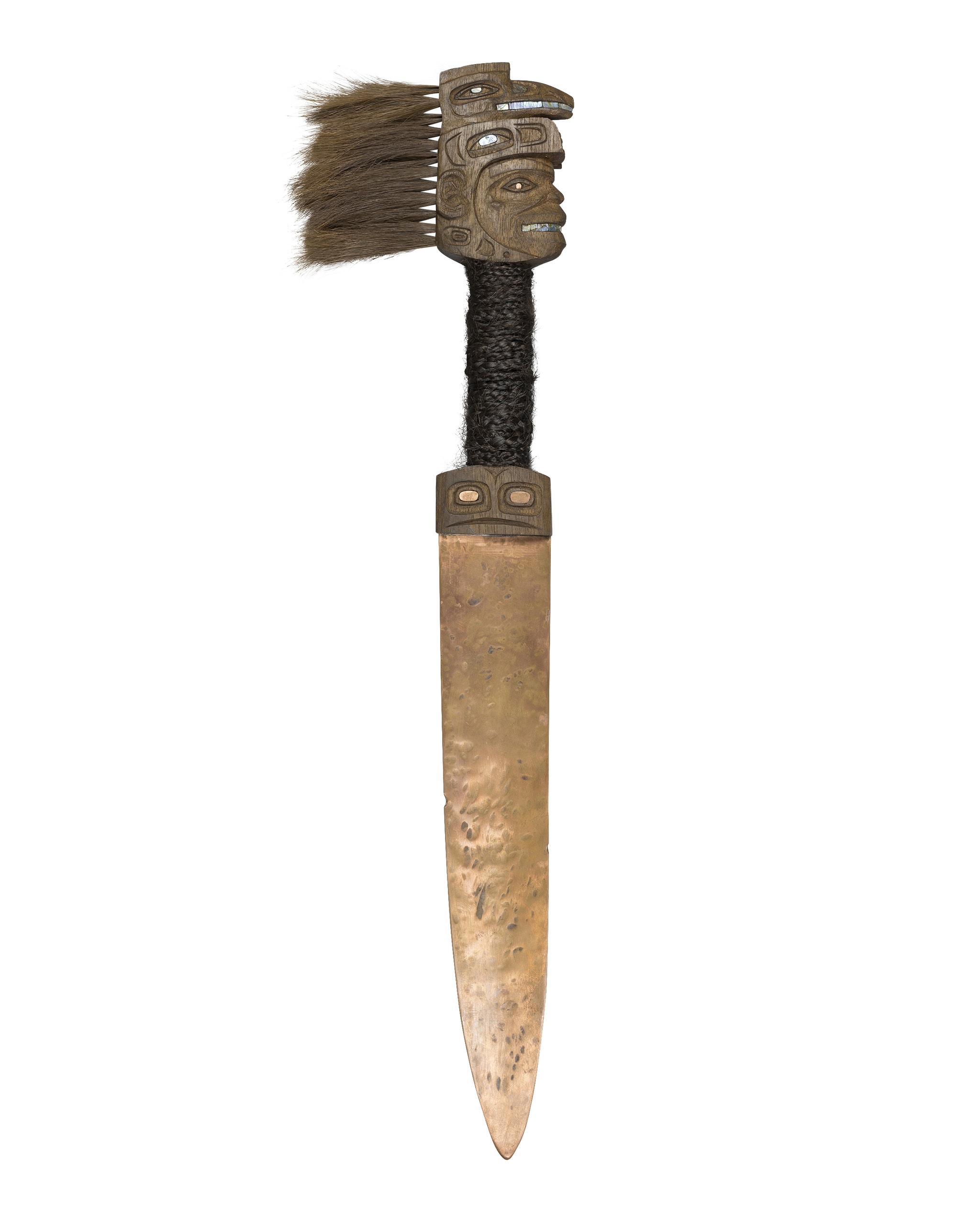 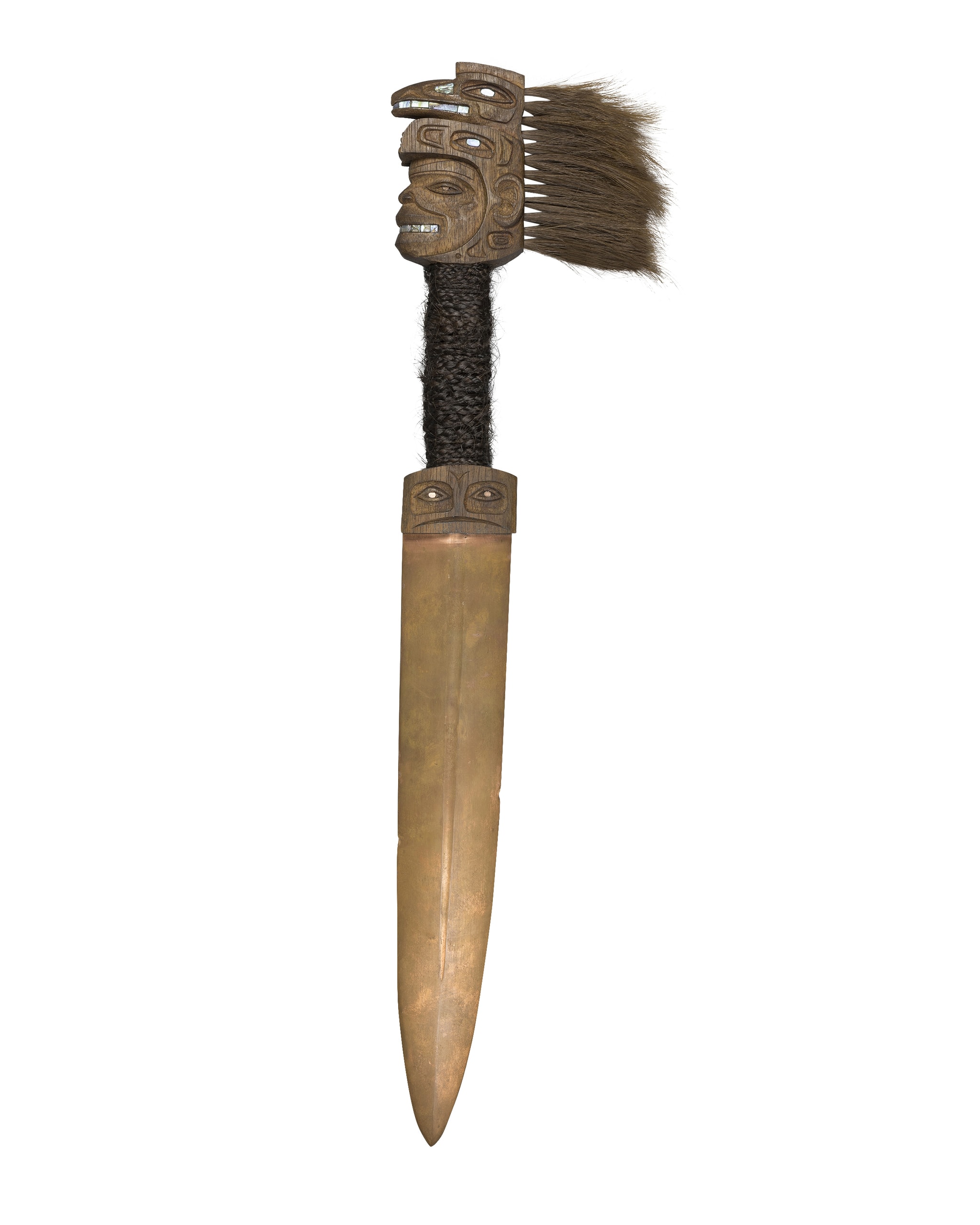 This Tlingit dagger, which was a weapon of war, has a bear design.  The dagger was tied to the warrior’s wrist so that it would not be lost in battle. 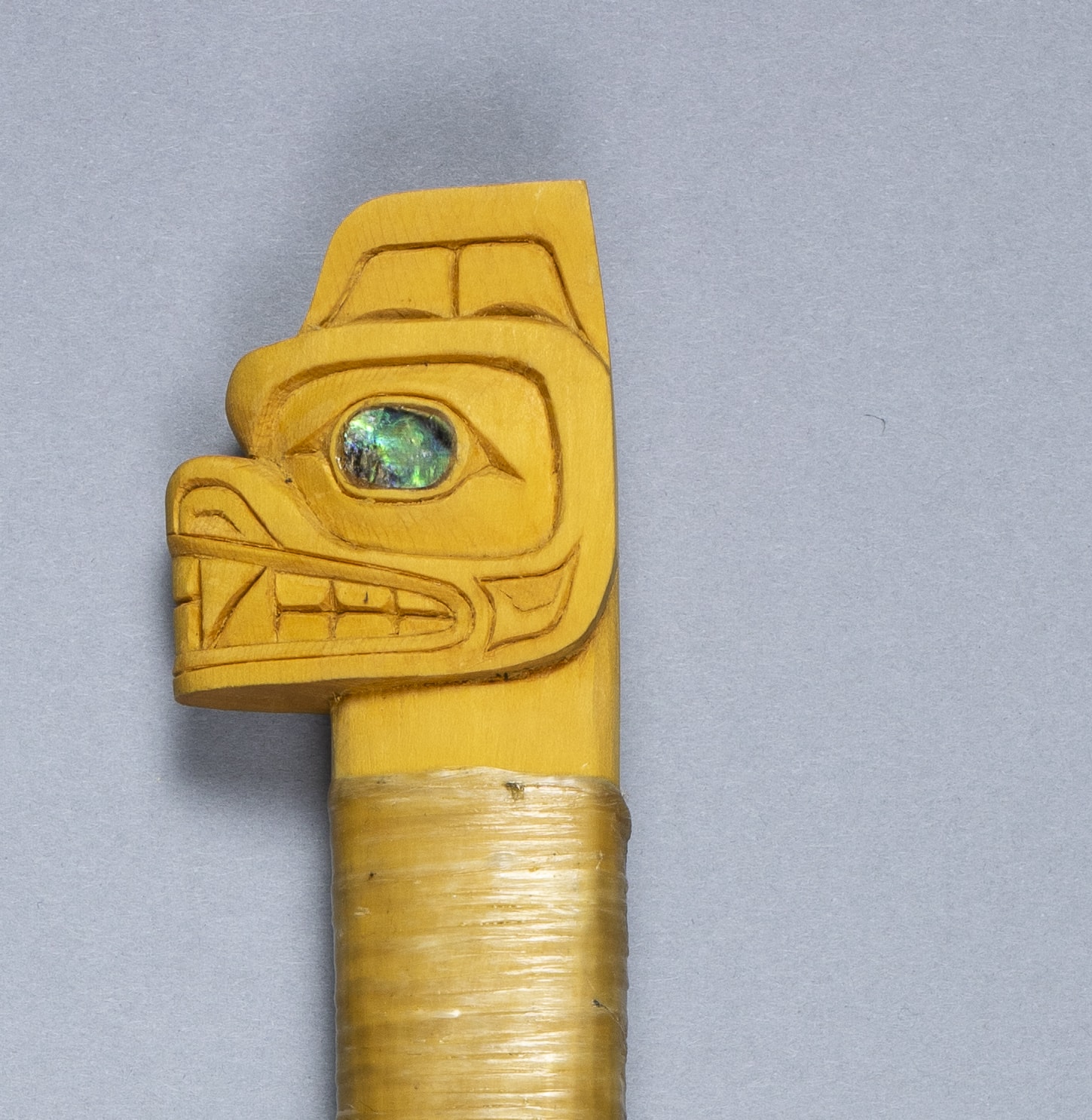 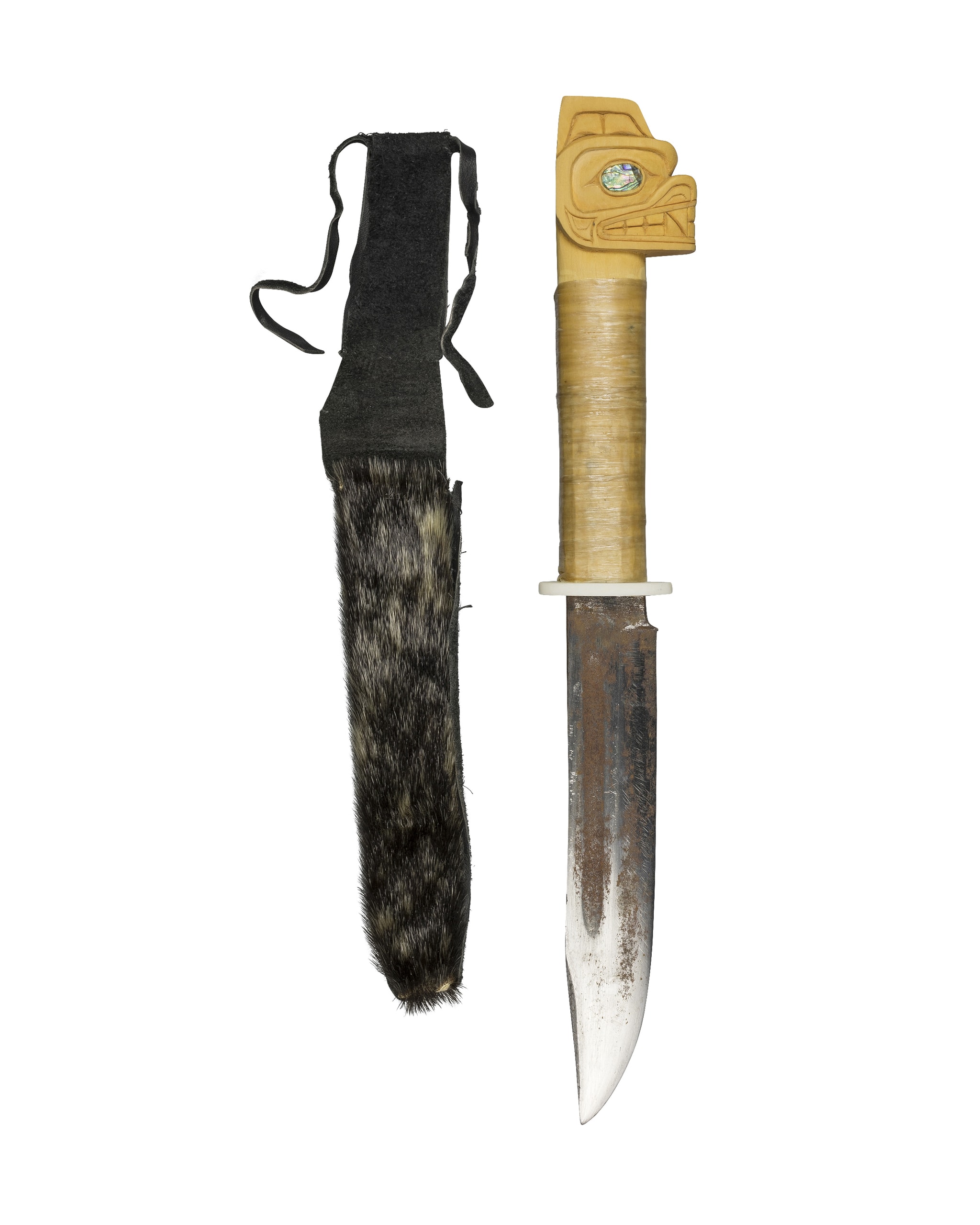 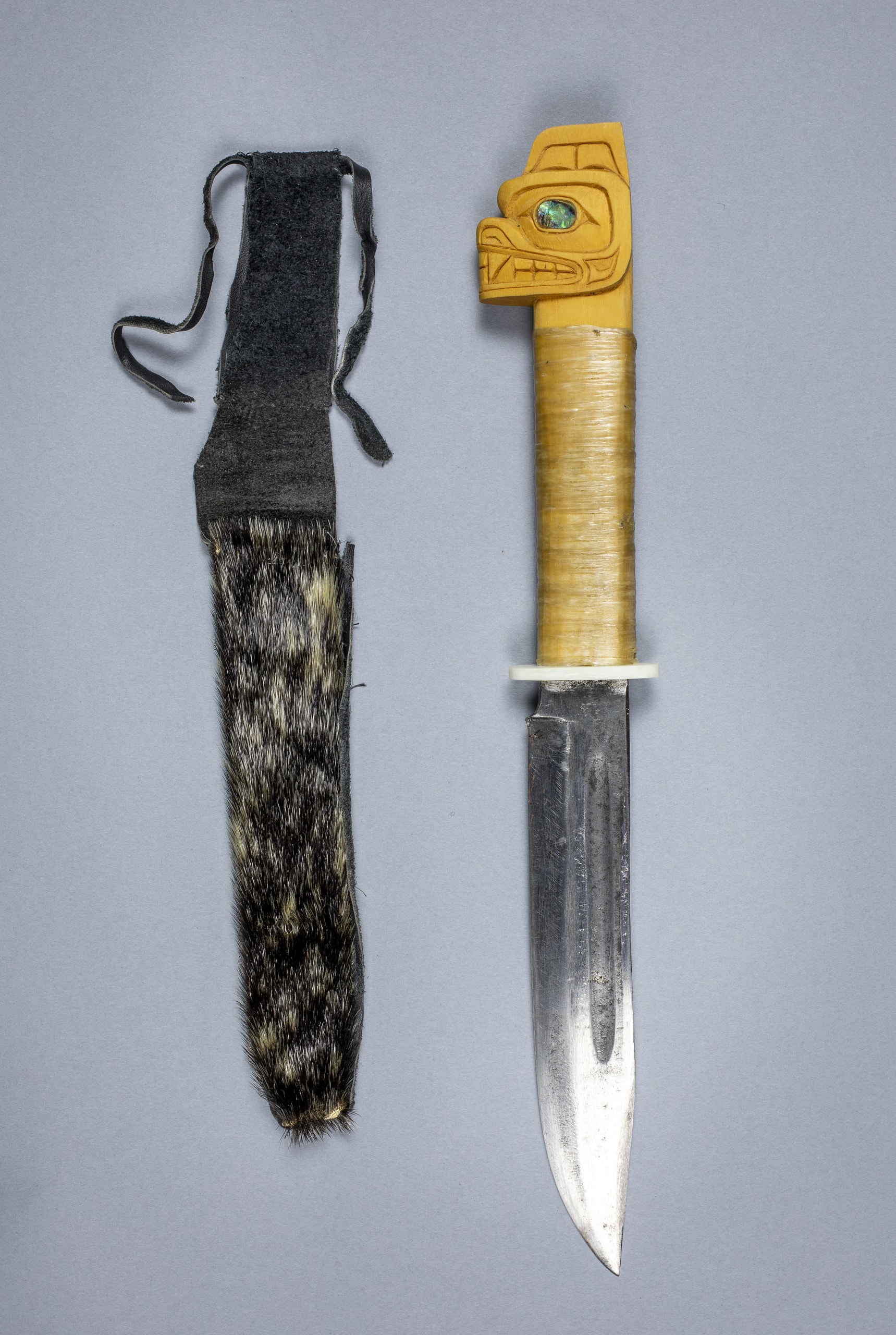 This is a carved wooden Northwest Coast club with a bear design, shell inlay, and rope attached to its handle.  It is attributed as being Tlingit, dating from possibly 1900 to 1980. 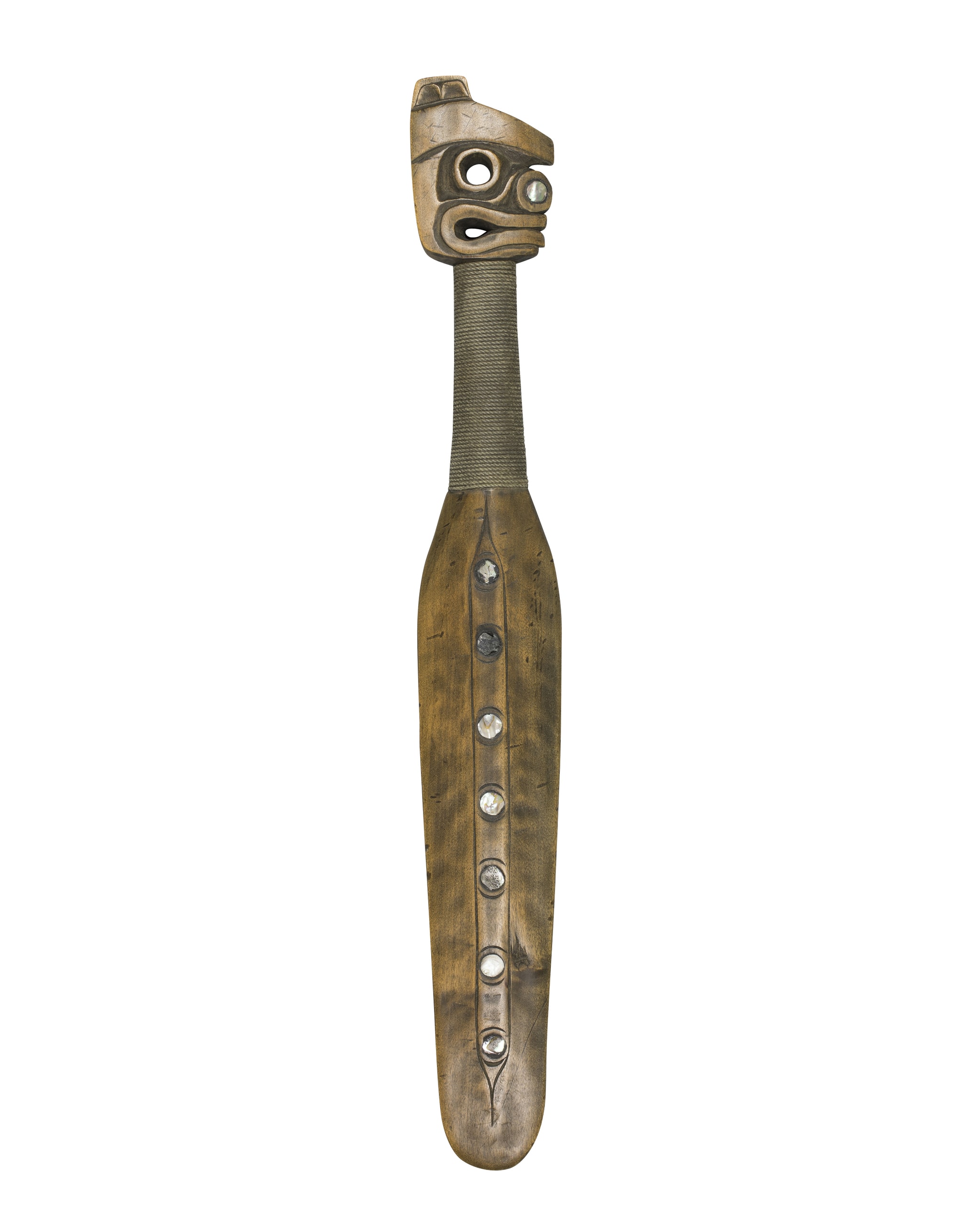 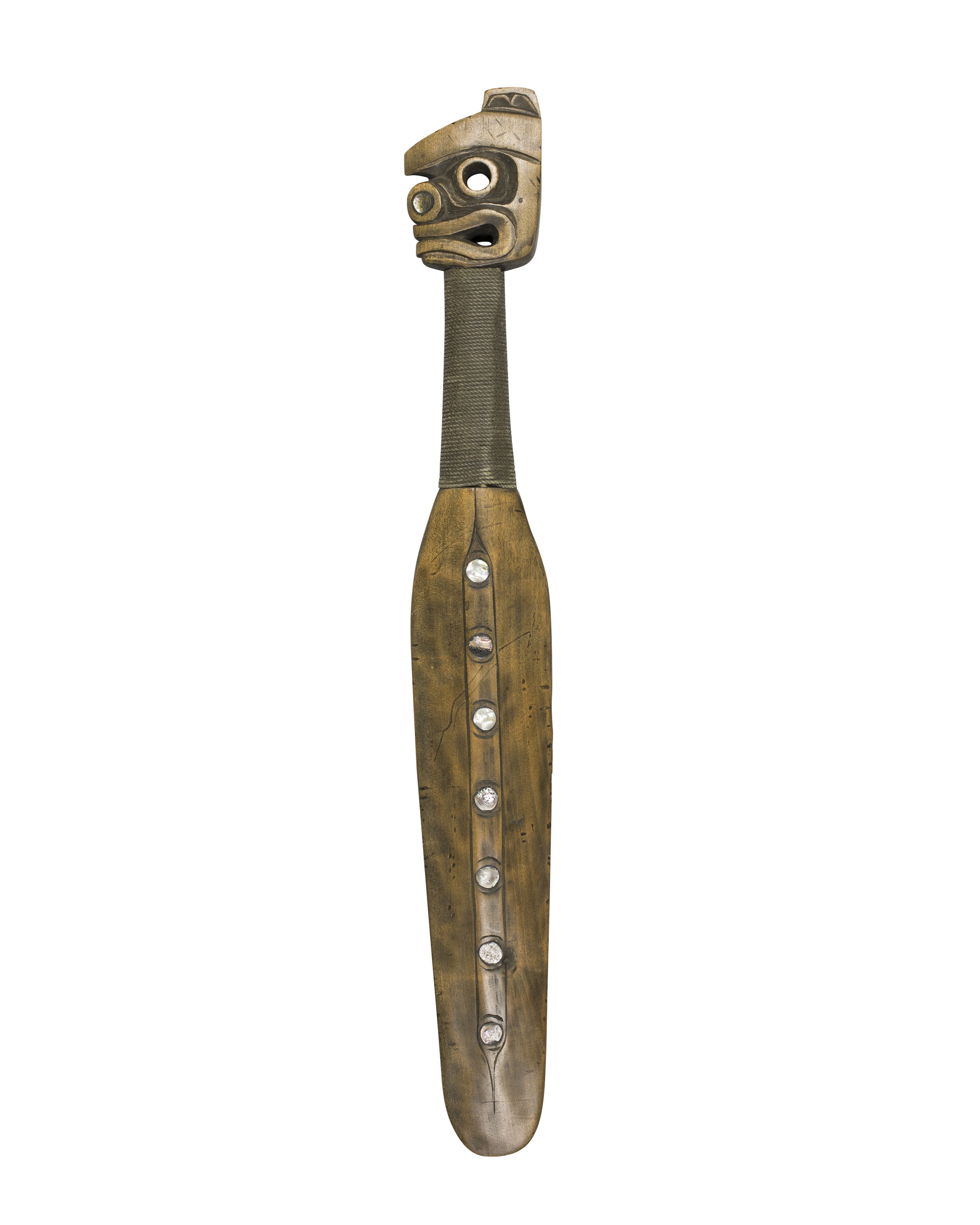 This dagger depicts a sea otter diving for a sea urchin.  It has an iron blade with traditional Tlingit blood grooves, while the hilt is decoratively carved from beach-washed walrus ivory with abalone inlays and blue sapphire for the eye. 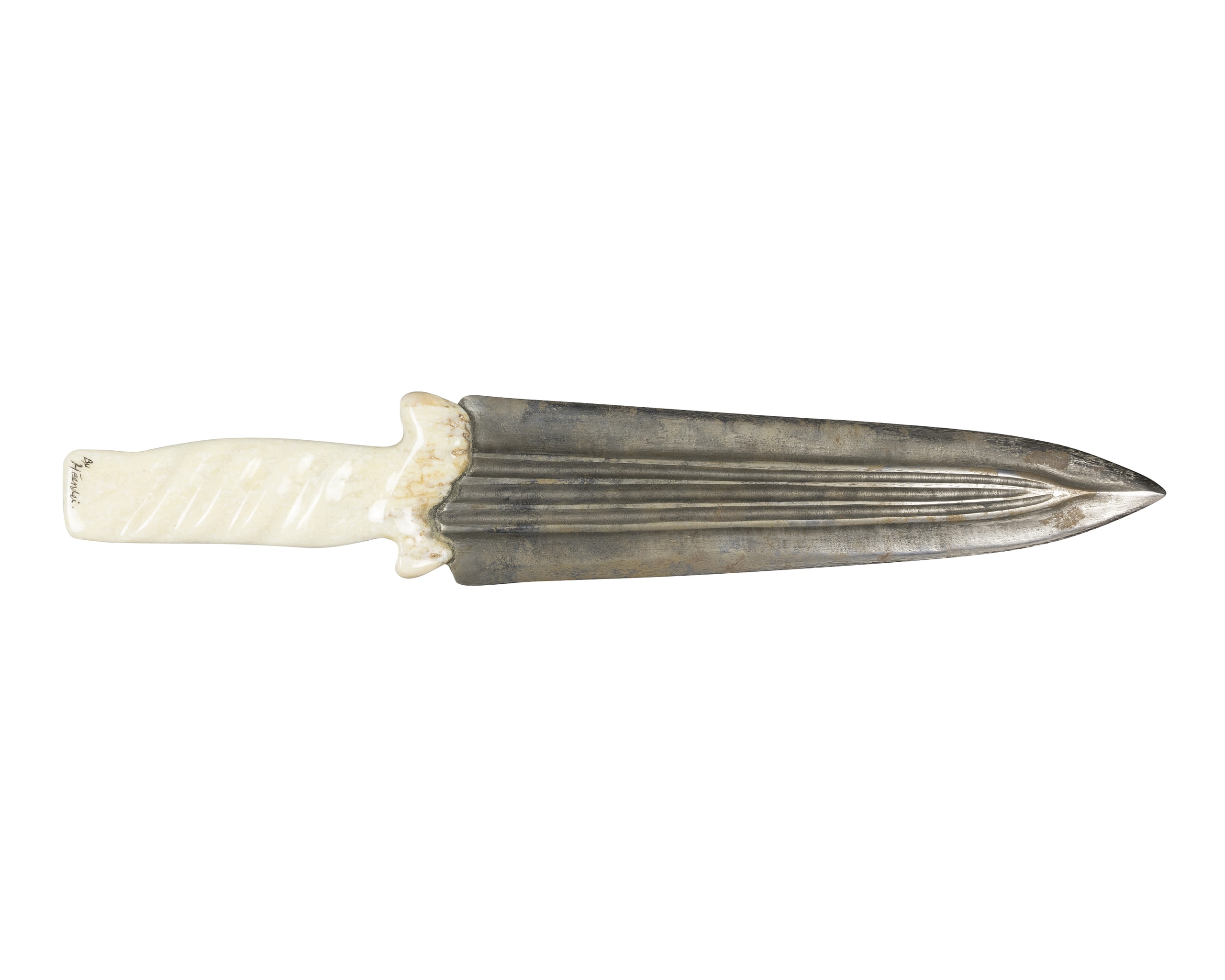 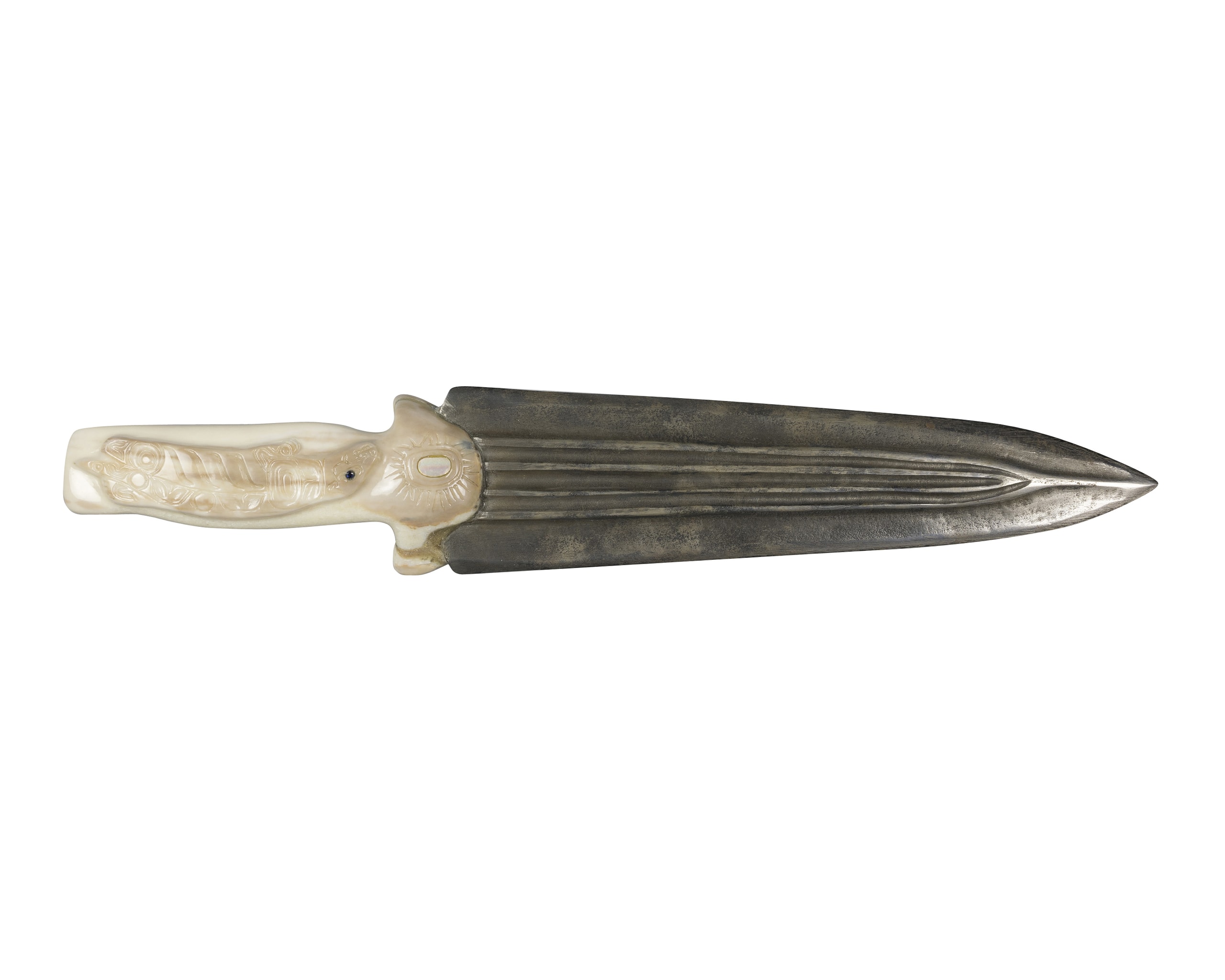 In 2003, Sealaska Heritage Institute received an object believed to be an old Tlingit fighting pick discovered in the early 1950s in the village of Kake. The pick was found by Lloyd Davis during a construction project and later presented to SHI by Davis’ son, John Davis. Tlingit Elders, museum professionals, and academics suggested that the object is a weapon, sometimes known as a “slave killer.” The stone weighs five pounds, nine ounces. 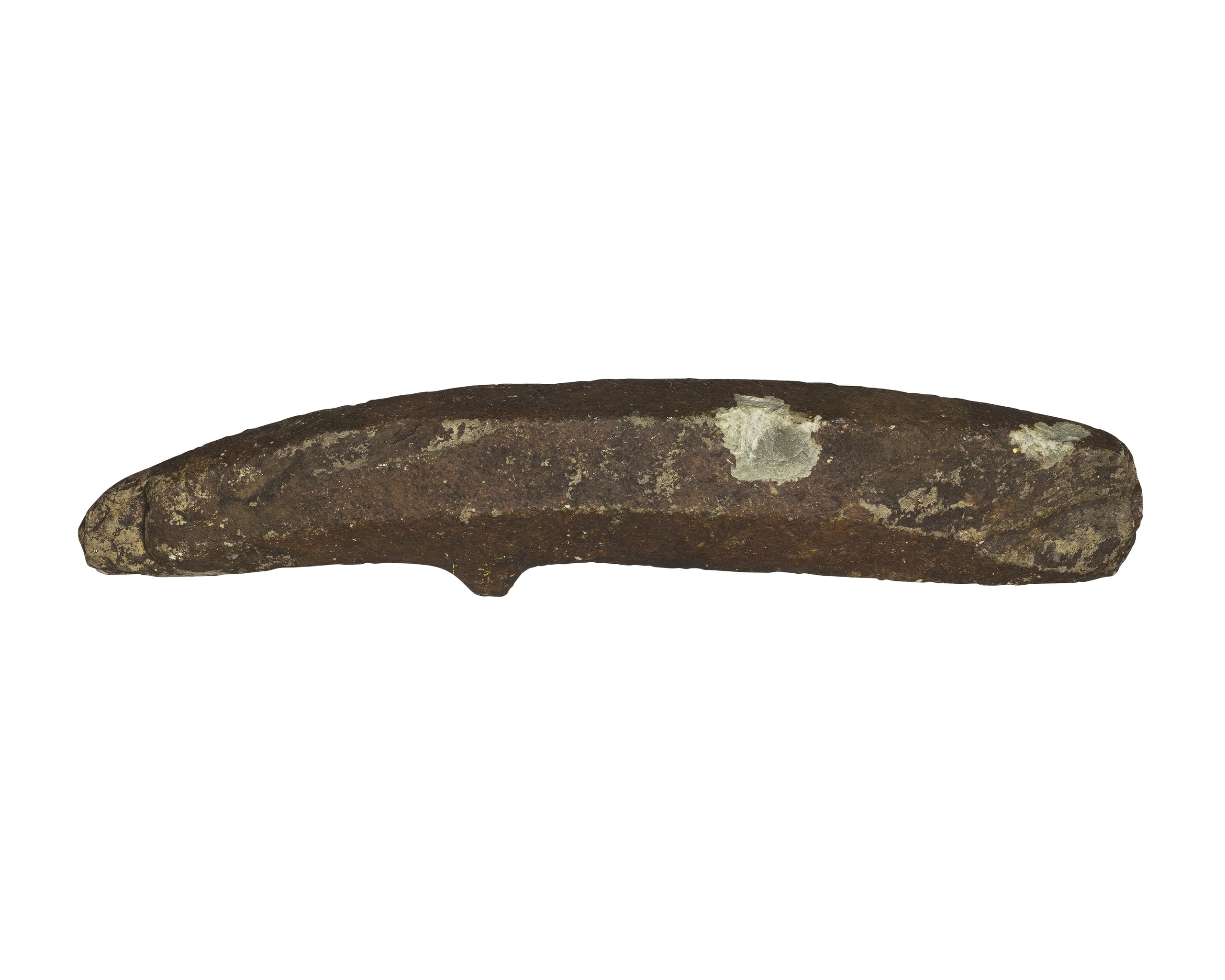 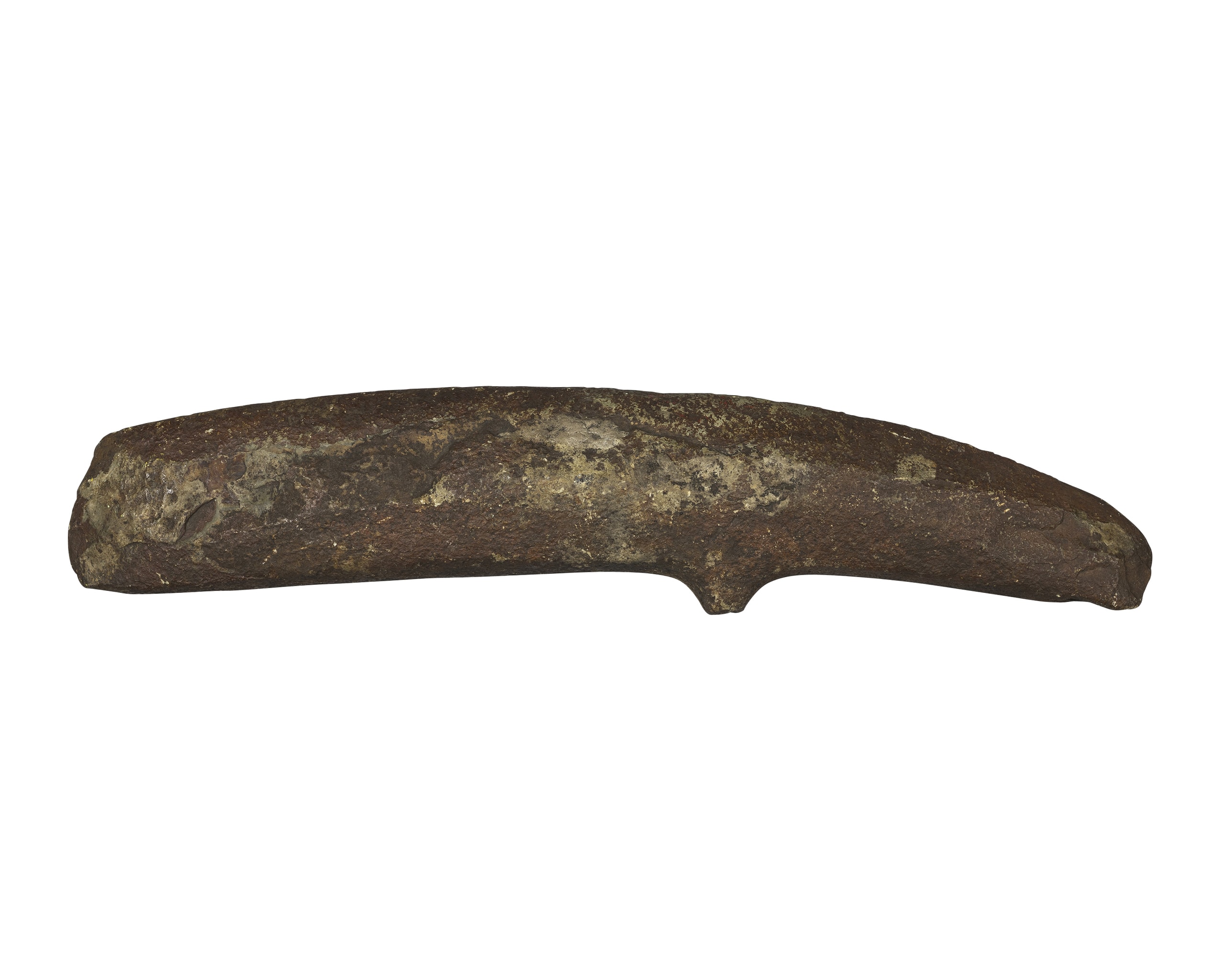 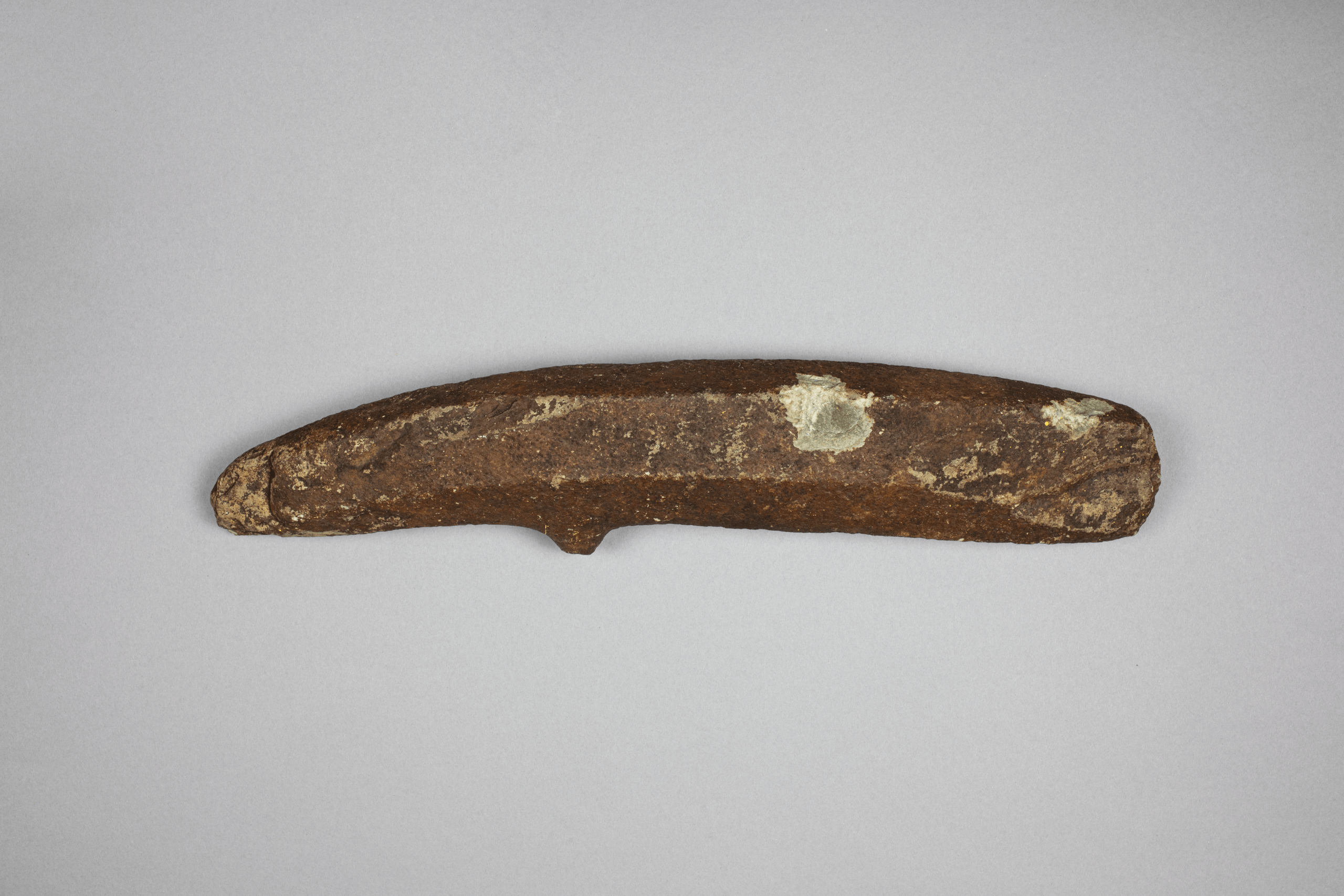 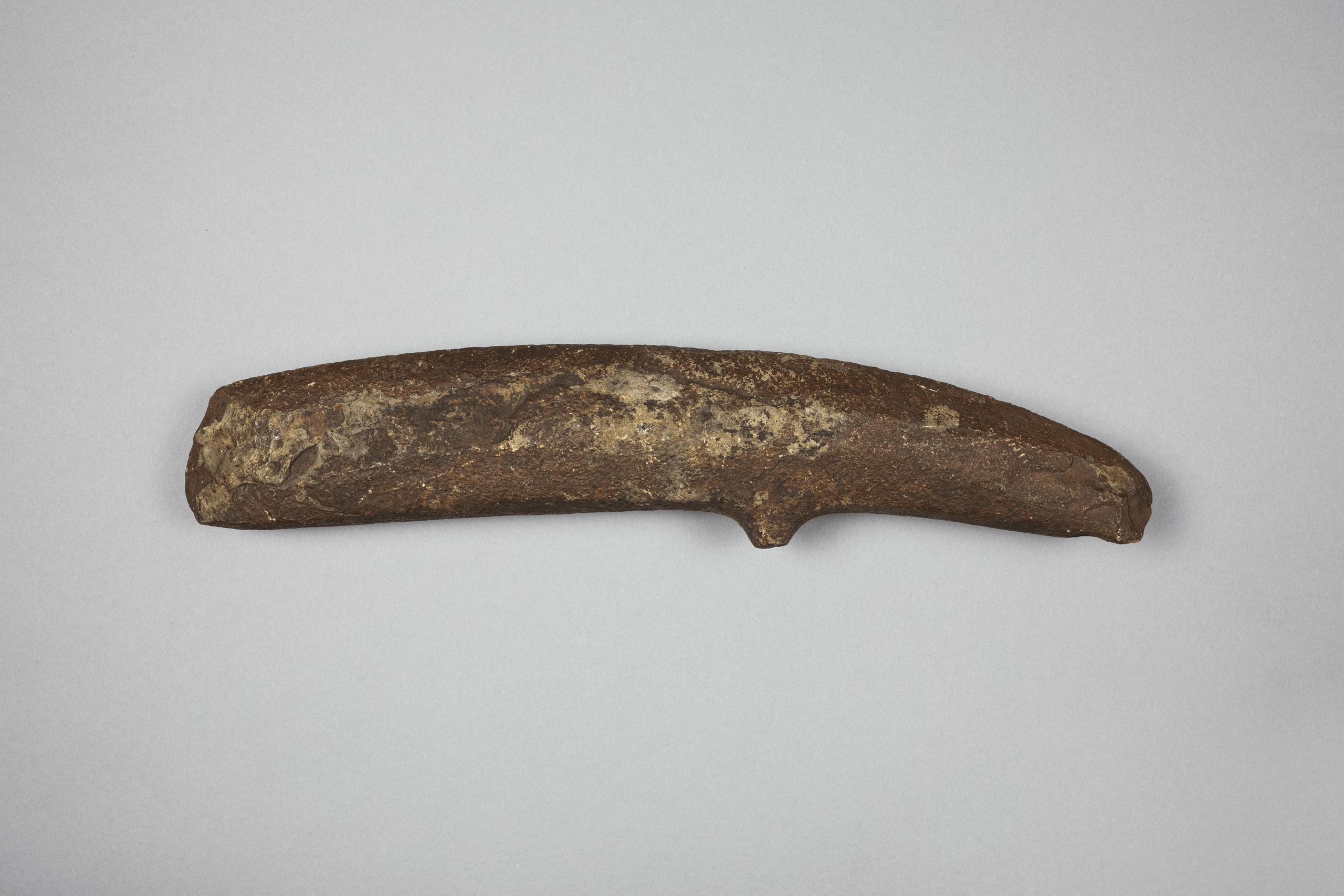 This Tlingit iron spear is made from a pounded metal spearhead fixed onto a nineteenth-century rifle barrel.  In 2014, the spear was acquired from the estate of the late Alex Andrews, former Kaagwaantaan clan leader of the Eagle Nest House of Sitka. 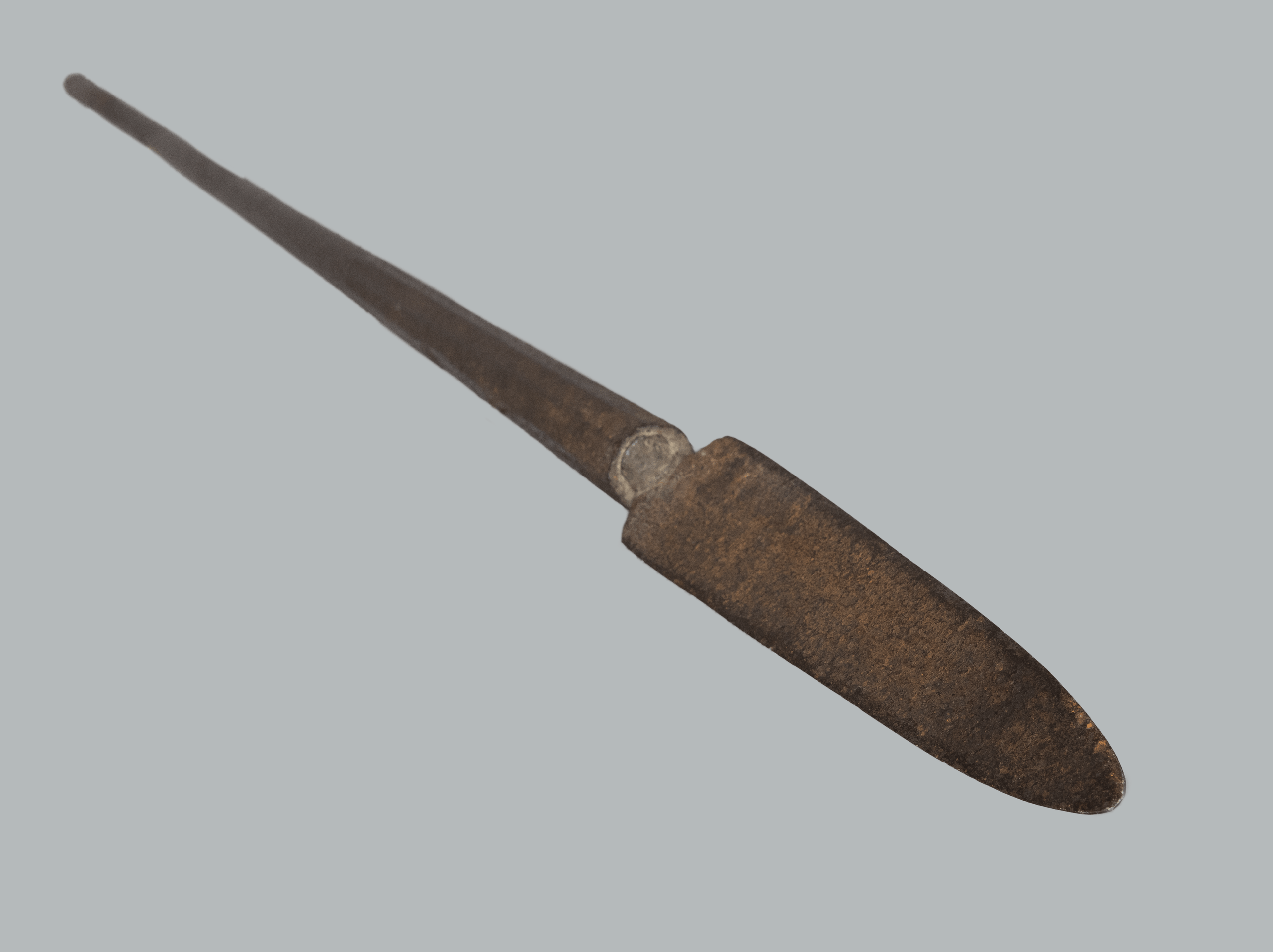 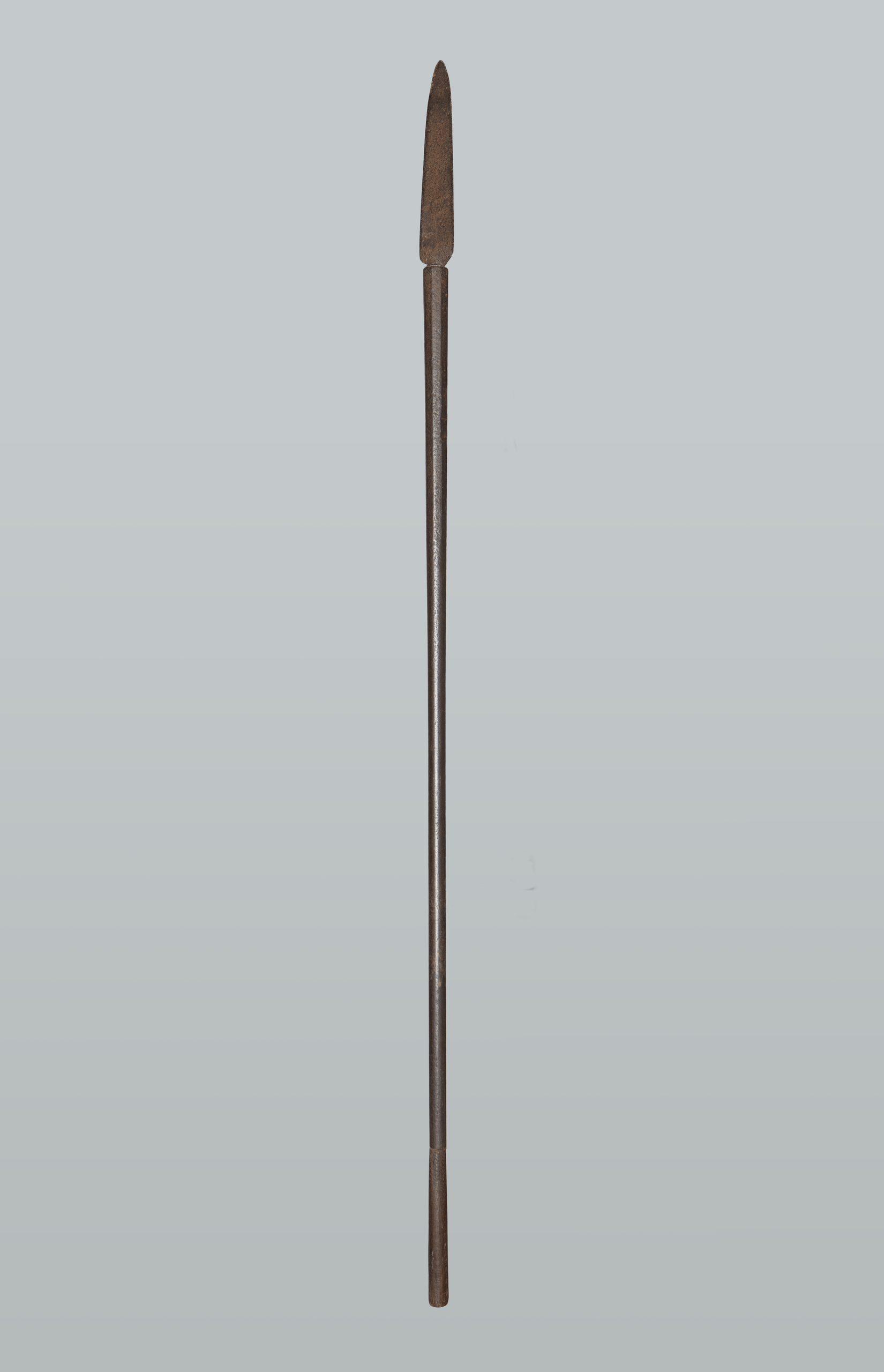